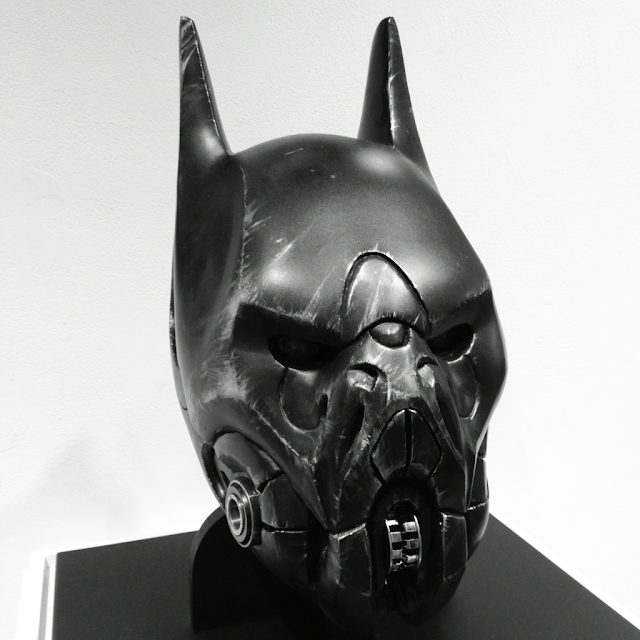 An awesome picture someone took of my helmet! Check out his tumblr: http://mmmikeyt.tumblr.com 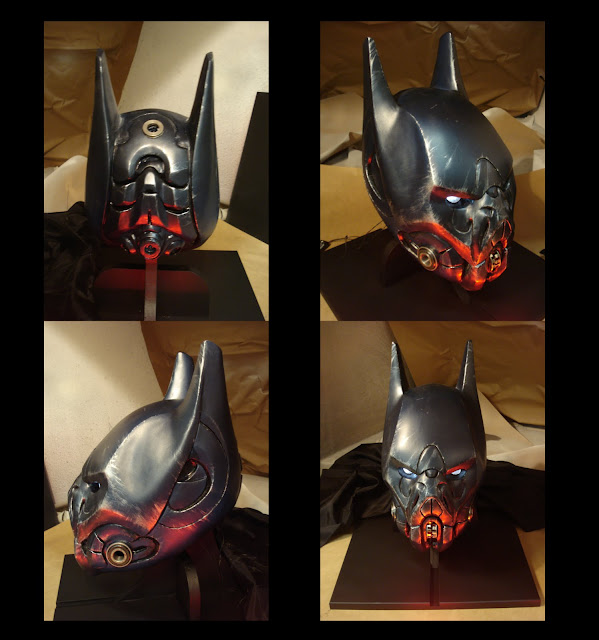 Some views of my helmet with it's eyes lit up and red LED's set up near the base to emphasize the details.
My concept was to create a batsuit that would help Batman go up against high powered foes and endure harsh environments. I wanted to incorporate organic elements to his helmet to make him look like a creature, almost like a bat, so that he would look terrifying (which is the reason why the original batsuit was designed the way it was). 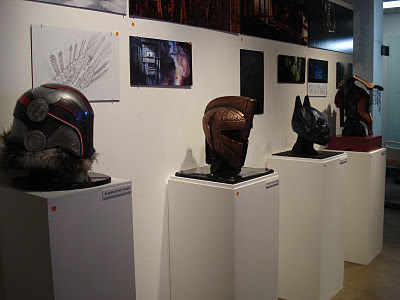 My helmet along with three of my classmates who also made it to the gallery! Congrats on a job well done! (From left to right: Wendy Yoon, Josh Bowles, myself, and Jin Kim) 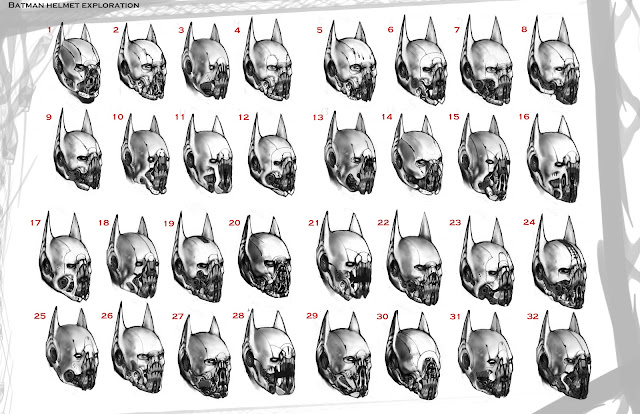 Batman helmet ideations! These are the thumbnails I did before I started the model. I went with something close to number 22. 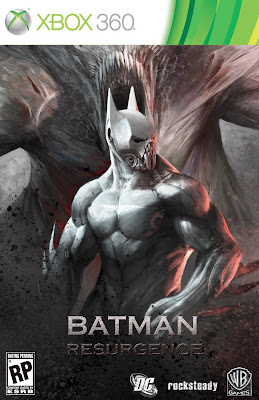 Game cover art idea for a class. Used my Batman helmet so I didn't have to come up with some totally new story. I hadn't finished my actual batman helmet clay model  at the time I made this poster so the helmet looks a lot different then the actual one does now :P Everything is digitally painted except for all the logos and such.