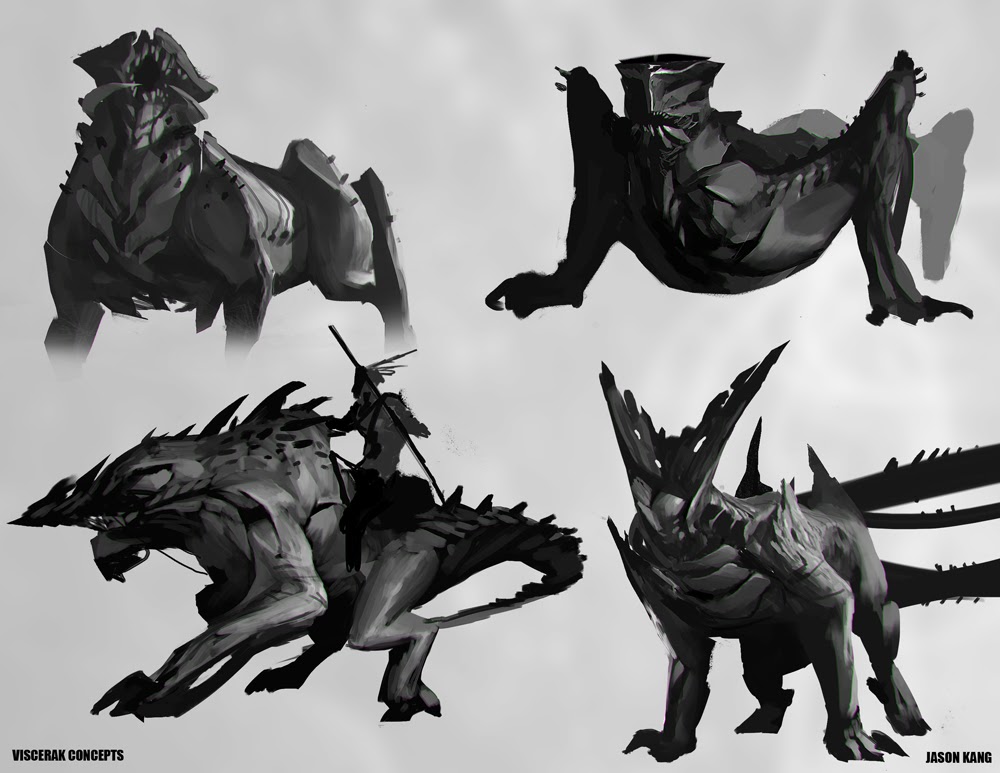 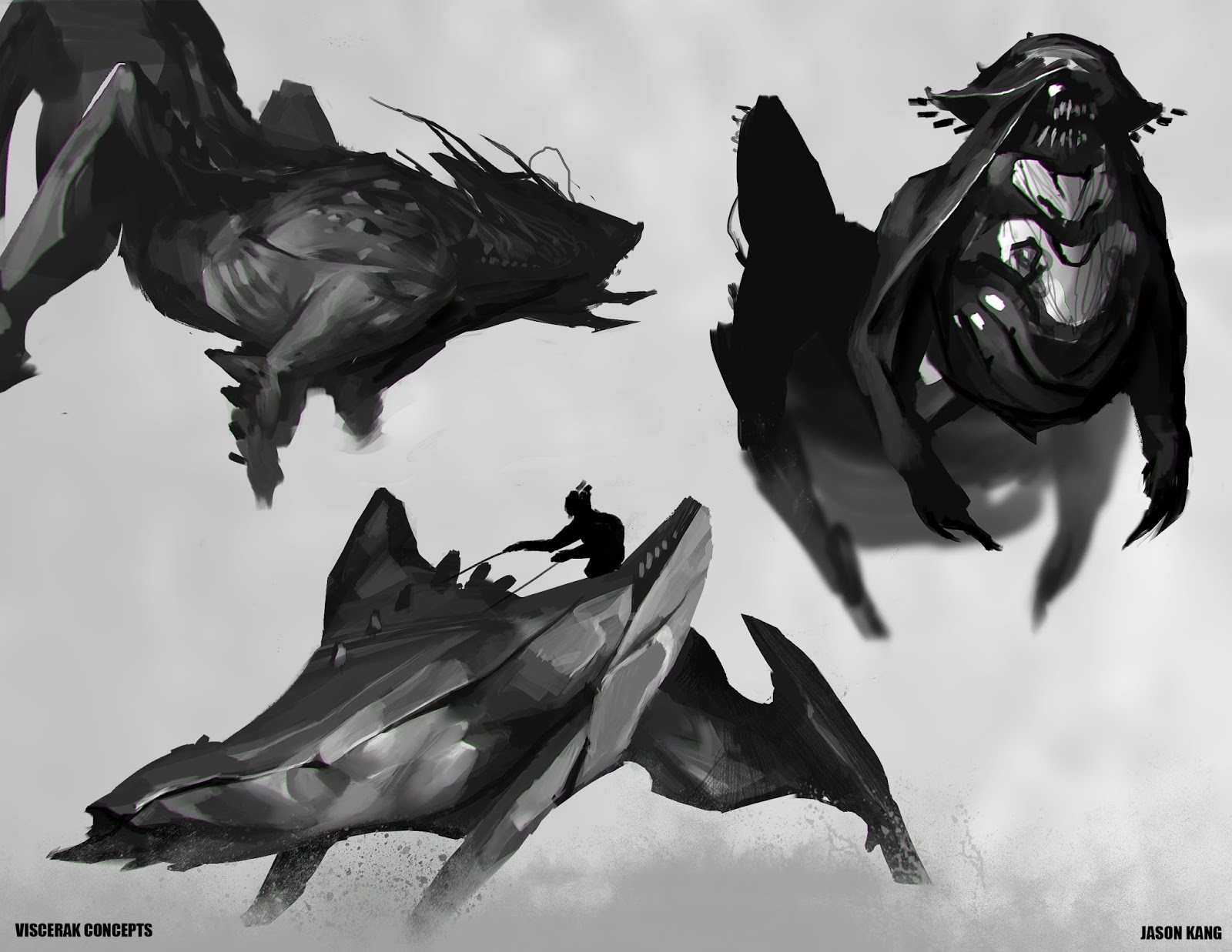 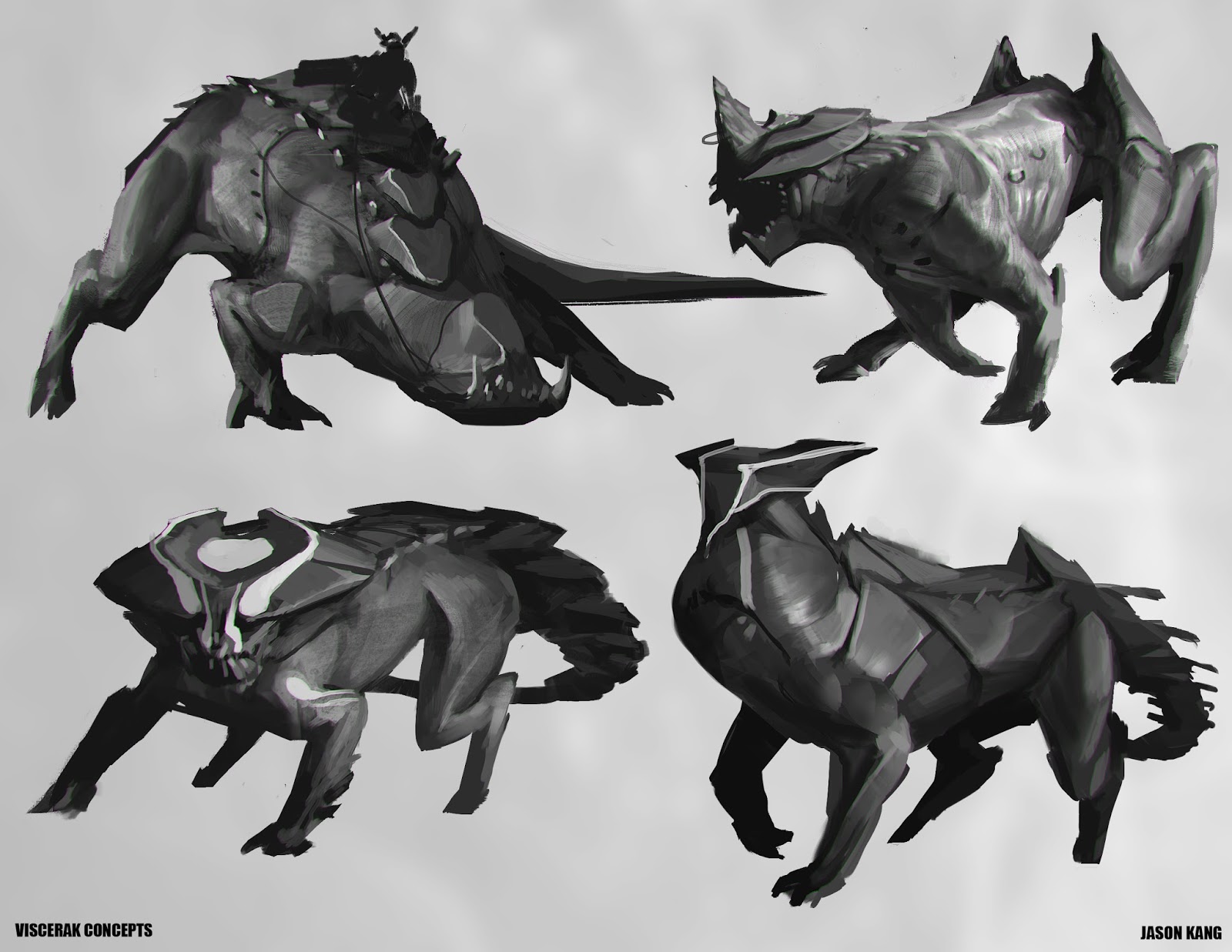 The Viscerak is a species domesticated by a roaming nomadic tribe called the Kragg. The tribe domesticates a variety of different beasts to aid in their life style, with the Viscerak being the primary breed of animals used as mounts for hunting and war. Extremely fierce and dangerous creatures, a Viscer is incredibly difficult to domesticate. However, the Kragg have developed a way to do so, a technique that is kept secret and has been passed down through generations of the tribe’s descendants. The origins of the Viscerak is unknown, however due to it’s highly evolutionary ability to adapt to, and mimic, different environmental conditions, it is presumed they originate from the substrata of the planet itself.

An Apex Viscer is the Kragg’s mount of choice for it’s impressive powers of durability. Like the Earth’s chameleon, the Viscerak’s body chemistry changes to adapt to it’s surroundings. The extent of this adaptive ability varies greaty, from fire breathing in areas of intense temperatures, to rapid development of aquatic appendages when underwater.