Assassin's Creed: The Land of the Morning Calm 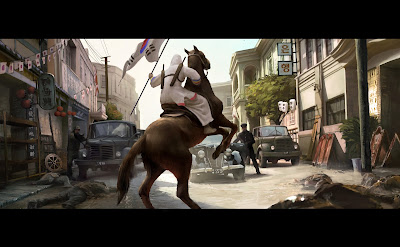 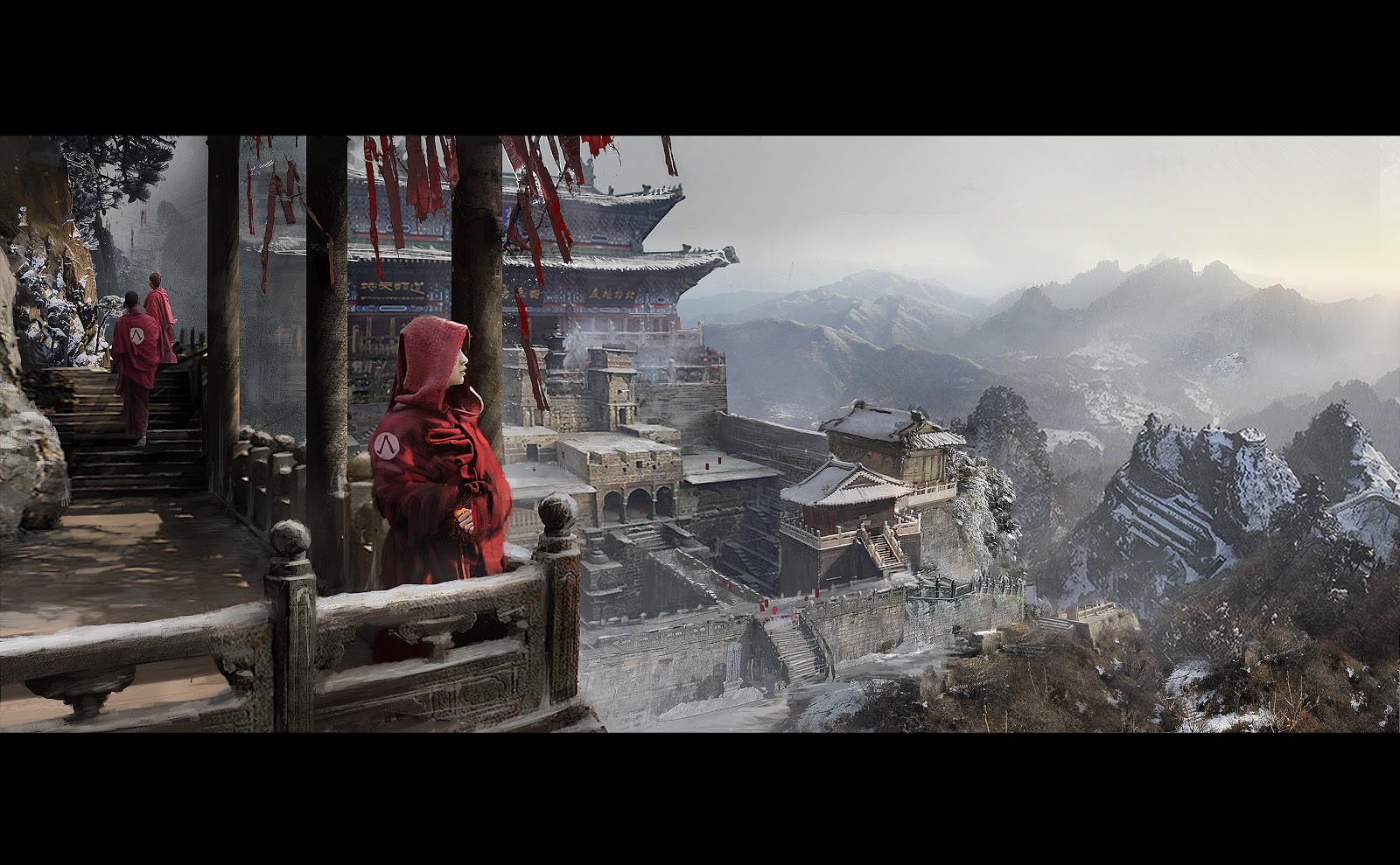 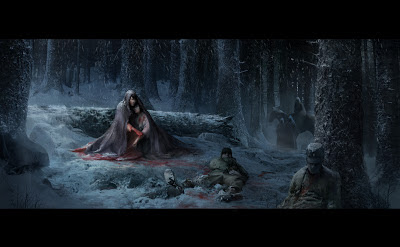 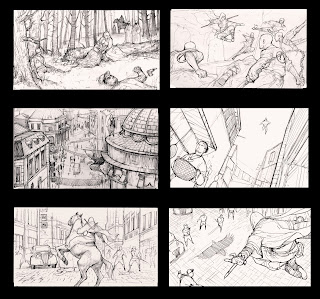 Key Frames ideas for my cinematic. Kind of rushed the temple and the shanty town scene, will fix them up and reupload. I'm content with the bottom two though. It's funny, in the thumbnail sketches I played with the composition/camera angles more, but in the final 4 paintings, the comps ended up being pretty boring, almost similar to each other.. 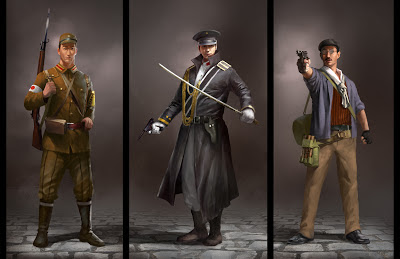 Some more characters for my take on Assassin's Creed! The first is the Soldier, then the Police Captain, and finally a Resistance Fighter. Will have more characters done in the following weeks if I have time! 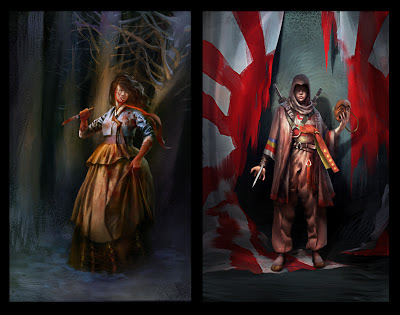 Before and after transformation of the character. She goes through many challenges before she finally becomes an Assassin!

These are some ideas I had for the heroine for my take on Assassin's Creed. 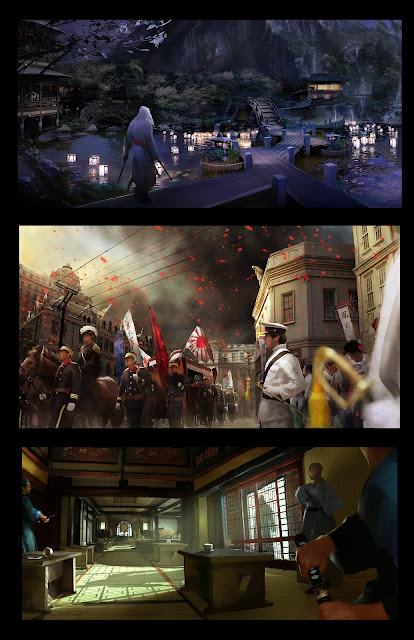 More environment ideas for my reimagining of Assassin's Creed. Each column is a frame/scene from my cinematic with three ideations for each frame. Still playing around with the story/mood etc and not much into the design as of yet. Hopefully things will start settling into place in the coming weeks and I'll have a more accurate idea of what I want!

These are recent environments I did for class. This version of Assassin's Creed will take place mainly in Korea during the Japanese colonialism of the early 1900's. I thought this would be a good setting for a new Assassin's Creed because there has yet to be a game in the franchise set in Asia. Also, there was a lot going on in this part of the world at the time which I think would be interesting to incorporate into a game!

To give a little summary of the idea for my game, the setting takes place mainly in Korea during The Japanese occupation which occurs during the time period of 1910-1945. There's a lot of things happening during this time period and in this corner of the world, the biggest being World War II, which is why I thought it would be a great era to base a game off of.
My story starts by showing how the main character, Arang, and her sister are forced into becoming comfort women by the Japanese and are sent to the battle camps stationed in China with hundreds of other kidnapped women during the Second Sino-Japanese War. Arang and her sister try to escape and although she does her best to protect her, her sister is killed by the pursuing soldiers. Arang is then rescued by the brotherhood of Assassin's in Manchuria and through difficult training, she gains all the skills she needs to help liberate Korea from Japanese rule.

Also, for those who are wondering, the phrase "The Land of the Morning Calm" basically is a nickname for Korea, much like "the Land of the Rising Sun" is a way to sometimes refer to Japan. Both names are derived from the characters that make up the names of each country in their respective languages and how they both translate in English. Thought this would be an interesting way to name my game :)
Posted by Jason Kang at 11:00 PM