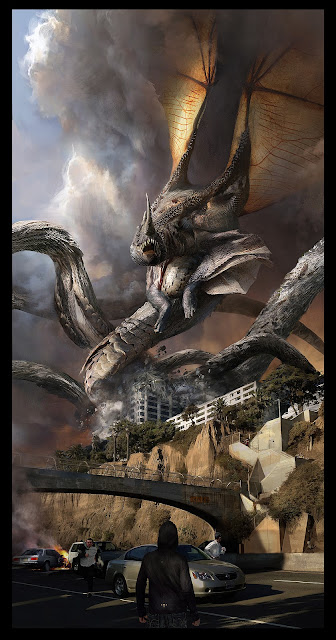 Photo-collage concept painting for class based on a picture I took of the Santa Monica bluffs when our class went painting there. 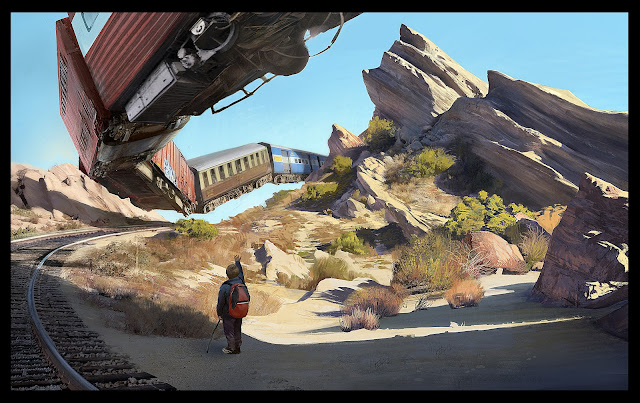 Painting done at Vasquez Rocks. The boy is supposed to be Cid from the movie "Looper" if the events at the end of the movie didn't happen and Cid continued on alone to become the Rainmaker. (Sorry, kind of spoiler-ish) 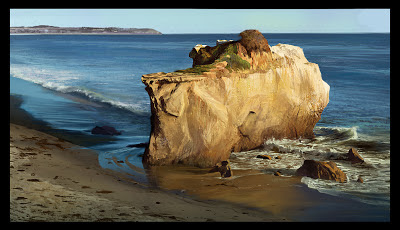 Painting done at El Matador Beach. Was painting something else originally, but behind me was this huge, sexy, bird-poop stained rock formation and I just knew I had to paint this instead keke 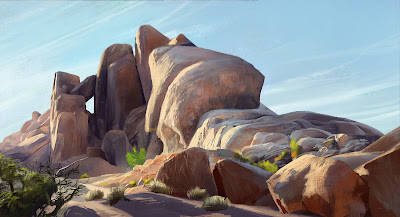 Unfinished painting I did at Joshua Tree National Park! I had been meaning to go back to it and fix it up, but have yet to do so. GODDAMN PROCRASTINATION. I find it so hard to go back to work on old things which is why I generally like to take things to the finish because I know once I stop working on something and move on, I most likely wont go back to it. 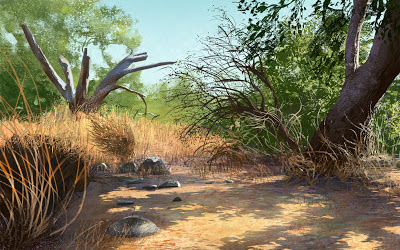 A painting done at Eaton Canyon. Really wanted to hike up to the waterfall to paint, but it was too far :( 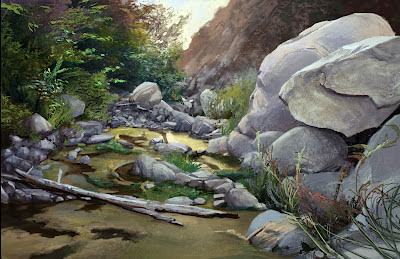 This painting was done at a hiking trail near the Jet Propulsion Laboratory in Pasadena (My roommate works there!). Some strange, and kinda nasty looking, form of plantlife (looked like foam almost) covered the stream here. There were little frogs everywhere and tadpoles in the water though, so cute! 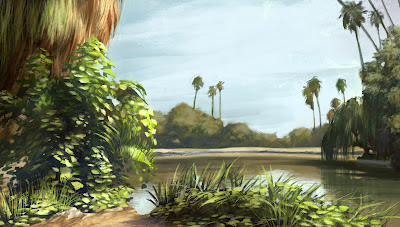 Digital painting I did at the Arboretum in Arcadia. Very pretty place and I think the first time I've ever seen such tall bamboo shoots in real life. 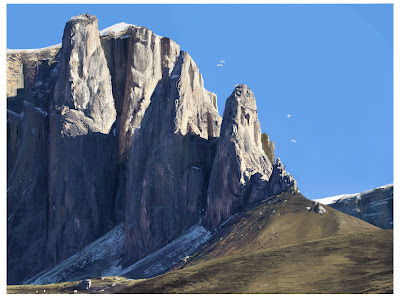 First assignment from my digital landscape class from a photo provided by the teacher. will upload  more as the weeks roll by
Posted by Jason Kang at 6:00 AM